Listen Up! The Other Side is Talking….. 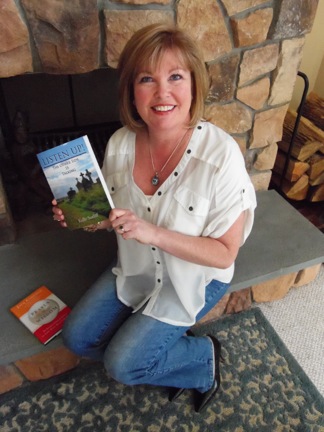 Kelle Sutliff is a gifted Psychic Medium who has worked in her industry for over fourteen years. She uses her work to show people that the psychic world is very real and offers inspiration and comfort to those dealing with grief. She also works as a Psychic Investigator working on current missing person cases and cold cases nationally and internationally. In her career she has worked with Boston University on the Cold Case Collective Group, National Group Find Me 2 and privately with detectives and individual families providing accurate information to find the missing.

I recently sat down with Kelle to interview her about her gift and to satisfy my never-ending curiosity of hearing from my loved ones. They came through loud and clear starting with my dear Grandparents and then hearing from my beloved friend Dan. After 20+ years her reading brought me peace, hope and inspiration by providing very specific details and validating the journey I am on is indeed, no coincidence. Here is what Kelle had to say.

Me: When did you realize you had this gift?

Kelle: I was born with it. My first experience was at 9 years old when my grandma came to me in a dream. It was extremely vivid. I could tell you what she was wearing and she gave me specific messages to give to my mom. I have always been very intuitive. I thought it was normal; I was never intimidated or scared by it. In my early 20’s I had a dream about an older woman with a blue sweater and woke up in a panic and didn’t know why. Later that morning I got in an accident and the woman that was transported to the hospital had the blue sweater on. It was my guides preparing me.

Me: When did you start acknowledging and using your gift?

Kelle: 18 years ago I shut it off because I had 3 kids in 3 years. As soon as I opened the door back up, my world turned upside down. There was a meta-physical store in the town I lived in so I scheduled an appointment to see if they could help me sort it out. It led to an intense year of studying with other gifted people. Then I worked on fine tuning it to ensure I had the proper boundaries. I worked with experts from England, Scotland and Ireland. Most people have either psychic or medium gifts. I have both and can blend them. My belief is that you have to have spirituality within you. It is through God-like energy that information is passed, I’m just the conduit. Spirit’s vibration is really, really high and ours is really, really low. I am a huge believer in balance because if psychic-mediums choose to be “on” all the time they become scattered and disconnected, not clear. If you are not grounded spiritually your ego can take over and you lose your touch.

Me: How do signs and messages come to you?

Kelle: All of your senses are used in “medium-ship” and they can shift on you. Sometimes I hear it; sometimes I feel it through a chill or a shiver; or I see things. It can comes so fast in what I call “energy blends or a split links”, like puzzle pieces. It comes in all at once so I need to sort it out and make connections.

Me: What are some specific examples of what Spirits show you?

Kelle: They know it is pre-ordained on the other side. Sometimes they want you to be the messenger. Spirit just wants to be heard. Their whole job is to show you evidence.

An example might be that I am reading someone and I’ll see change and the person had an Uncle that was always playing with the change in his pocket or I’ll see a kitchen and their Grandma was a baker. But a very specific example is related to the death of Joann Matouk Romain, a highly publicized death of a woman from an affluent suburb of Gross Pointe, Michigan. (Further details can be found here: Dead Woman’s Family Denies Suicide, Says Cops Blew It )

Four years ago in November, my husband was away on a business trip. I was making dinner and I turned around and saw a spirit, a smaller girl/woman in a flash. She had dark hair and dark brown eyes and was petite. Spirit always shows up early for their appointment. Later that evening I received a call from the missing woman’s family asking for a reading. I knew right then that the woman I saw in my kitchen was her! The police claimed she drowned and committed suicide. Spirit told me, there was foul play and that she was murdered. She did not commit suicide, as the police said in their investigation. Months later, I came across the woman’s daughter on a website. We ended up developing a friendship. I told the daughter “Her body was moved, you will find her in the spring. I see fisherman and a bridge where her body was taken and dumped.” I got a call from her Michelle on March 21st, which is my birthday and the first day of Spring telling me her body was found by two fishermen, the body was caught on fishing line and found by the bridge I had described.

Another example is the bombing at the Boston Marathon. The whole state was off for Spring Break so the marathon is always a very family event. My family was heading to Antigua for vacation. I was in the airport at 4:30am all I kept hearing was 911, 911, 911….and I could sense something was going to happen at the marathon. I just kept praying. We checked into our hotel in Antigua and our room was 911. That is when I knew something happened at the marathon. Sometimes things are given to me in a prevention mode but I can’t put all the pieces together.

Me: What inspired you to write the book?

Kelle: To make it right; to show how after 14 years of doing this work how the evidence comes through. Psychics and Mediums are all normal they just have the intuitive gift. The energy is there for us to gain access too. You just need to pay attention to the signs and symbols and learn how to use it. It is there for protection. In my book, I call it the “Purple Dinosaur Theory” where you ask a loved one to show you a sign like, “I want to see Barney today!” All of a sudden you’ll see dinosaur sheets flipping through a Target catalog.” These tools are there to provide comfort because we live in a crazy world.

Me: If you had to choose, would you consider a mentor?

Kelle: A team of people have guided me throughout this process. There are many people that I’ve trained with and learned from but most of all my guides are my true mentors. They are my permanent cheerleaders along with my immediate family. I really believe nothing is a coincidence, everything is meant to be. You constantly have to keep your skills up to stay sharp. I am actually working for the people on the other side. They always want to get back to their loved ones to let them know what happened.

Kelle’s second book Listen Up! The Other Side IS Talking premiered March-2014 published by Tri Circle Publishing. In it, she shares her experiences in an honest and straight-forward manner. You will better understand how they do the work they do as mediums and how you, the reader, can also benefit from “waking up” to your own abilities. If we would only listen, it is with humor and grace Kelle walks us through the process of learning to trust our inner knowing in this book. Order your copy here.

Special for D.D. Marx’s fans: A signed copy with a personalized message.